We would like to offer our sincere support to anyone coping with grief. Enter your email below for our complimentary daily grief messages. Messages run for up to one year and you can stop at any time. Your email will not be used for any other purpose.

Share a memory
Obituary & Services
Tribute Wall
Read more about the life story of Paul and share your memory.

On Monday, November 28, 2022, Paul Rex Suits, loving dad of three children, peacefully passed away at the age of 71.  The week of Thanksgiving prior to his passing, he was surrounded by all of his children and grandchildren in Loveland, CO. They celebrated his life with stories of his past, laughter, and sadness.

Rex was born March 19, 1951 in Rockmart, GA, to Paul and Ruby (Cain) Suit. He served in the Vietnam War and spent the remainder of his working life as a carpenter.  In 1973, he married Rachel Ann Brewer.  They raised one son, Gregory, and two daughters, Melissa and Crystal.

Rex had a passion for the beach.  He loved putting his feet in the sand, enjoying the local seafood, and fishing.  He also had a love for music, both country and classic rock.  He was an avid hunter, making frequent trips to Georgia, and his favorite, River Ranch in Florida, with his family, cousins, and friends. He was known for his infectious smile, his ornery behavior, and incredible love for his family.

Rex was preceded in death by his father, his mother, and his brother, Bobby.  He is survived by his three children, Greg (Tiffany) Suits of Wills Point, TX; Missy (Boone) Karr of Johnstown, CO; and Crystal (Colin) McGregor of Halliday, ND.  He left his memory alive in his nine beautiful grandchildren: Brianna Suits, Bo Garrett, Madeline Karr, Aaron Suits, Brice Parker, Cameron McGregor, Savannah Suits, Madison Parker, and Isabelle Suits. He was blessed with two great-grandchildren, Zaiden Gribble and Elli Garrett.  Rex is also survived by his six siblings: Gail (late Jerry) Carnley, Janet (Paul) McCord, Tony Suit, Tommy Suit, Brett Suit and Pamela (Tommy) Anhalt.  He left behind many friends and family members that are guaranteed to have many stories, many of rowdiness, laughter, and love.

A memorial service will be held Saturday, January 28, 2023 at Shamrock Baptist Church, 2661 Marshall Rd, Haines City, FL, at 10:00 am with Bobby King officiating.

To send flowers to the family or plant a tree in memory of Paul Suits, please visit our floral store. 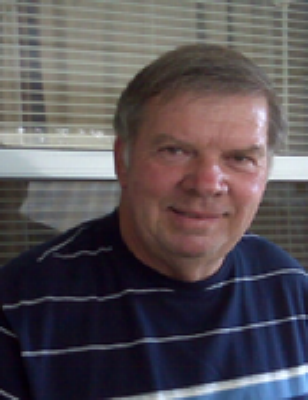 In Loving Memory Of

Look inside to read what others
have shared
Family and friends are coming together online to create a special keepsake. Every memory left on the online obituary will be automatically included in the book.

In Loving Memory Of

Look inside to read what others have shared

Family and friends are coming together online to create a special keepsake. Every memory left on the online obituary will be automatically included in the book.

You can still show your support by sending flowers directly to the family, or by planting a memorial tree in the memory of Paul Suits
SHARE OBITUARY
© 2023 Blue Mountain Cremation Services. All Rights Reserved. Funeral Home website by CFS & TA | Terms of Use | Privacy Policy | Accessibility